I’m not a vegan by any means, but I respect the diet and make the effort to eliminate animal products when  I can. My  boyfriend isn’t a vegan either and makes no effort to avoid animal products. Not that there’s anything wrong with that, it’s not really his cup of tea.

And when I told him I made a “vegan” dessert, his face shriveled up like he was smelling ammonia….how dramatic.

Fast forward to a few hours later and with about 4 bites already in his mouth he attempts to ask, “So these are healthy…right?!”

I mean yea there’s no added sugar nor any animal products, but I definitely don’t recommend making these the norm in your healthy lifestyle. But as a yummy dessert for a special occasion, or if you’re reallyyyyy craving something sweet, these may be my new personal go-t0. 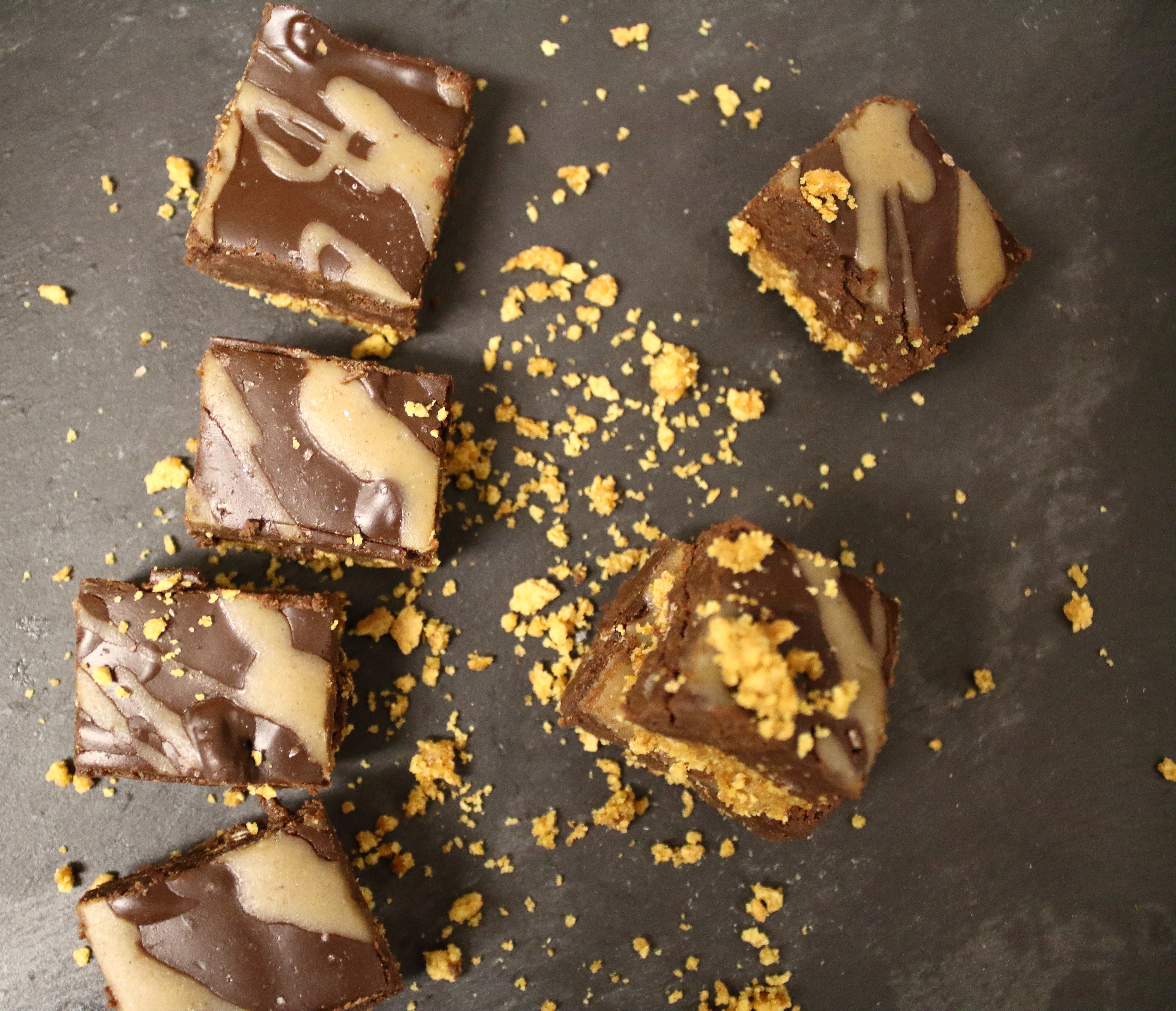 Quick shout out to pinch of yum for her amazing vegan caramel recipe found here. I’ll write out the ingredients and directions below.